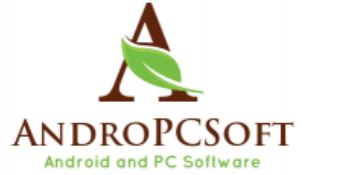 How to Use Linux Command Line on Your Windows 10 PC

Linux command line is one of the most popular system consoles provided in the Linux kernel. It acts as the medium for input and output operations for a Linux computer system. It is similar to the Microsoft Windows command line, but it differs in that it can perform any operation on the system.

Prerequisites to Use Linux Command Line on Windows 10:-

Before attempting to install Linux command line on your Windows 10 PC, there are a few prerequisites. At first, you must need to be installed the Windows 10 Anniversary Update on your computer with internet connection. Another requirement is your machine must running the 64-bit version of Windows 10.

The process to Install Linux Command Line on Windows 10 Anniversary Update without VirtualBox:-

4. A pop-up window will appear, you must have choose yes option.
5. If the above task is finished, just restart your computer.
6. After restarted your computer go to "Control Panel".
7. Select "Turn Windows features on or off".
8. Now you have to choose "Windows Subsystem for Linux (Beta)" from given pop-up drop down menu and click on "OK" button. It will require internet connection on your Windows 10 computer. If you have good internet connection but still require files are not downloading or downloading very slowly. Then you can try again after change IP address or IP version.


9. Once required updates installation process is done on your Windows 10 computer, then just restart your computer to complete the whole task.


10. After restarted your computer, you will notice that " Bush on Ubuntu on Windows" will appear in application list on your computer. Click on the start menu and type "bash" on Cortana search bar open it. After some few second close it.

Now Linux command line installation and setup process are done. You can open it again from the start menu.

Note: - These features are in "beta" version released my software giant Microsoft. Which means that the Microsoft is still working on it. Sometimes may not work properly.